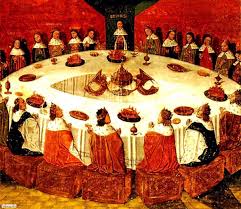 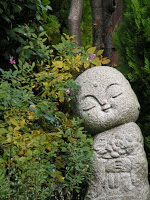 Documents obtained by The Washington Post revealed Will Happer would lead a proposed Presidential Committee on Climate Security, which would be established by executive order. [110]

“The initiative represents the Trump administration’s most recent attempt to question the findings of federal scientists and experts on climate change and comes less than three weeks after Director of National Intelligence Daniel Coats delivered a worldwide threat assessment that identified it as a significant security risk,” The Washington Post reported. [110]

The committee would be created “to advise the President on scientific understanding of today’s climate, how the climate might change in the future under natural and human influences, and how a changing climate could affect the security of the United States,” according to the NSC discussion paper. [110]

The paper also claims that prior government-issued reports finding climate change to be a serious threat “have not undergone a rigorous independent and adversarial scientific peer review to examine the certainties and uncertainties of climate science, as well as implications for national security.” [110]

In an interview, Francesco Femia, chief executive officer of the Council on Strategic Risks and co-founder of the Center for Climate and Security, described the committee as a political tool: [110]

“This is the equivalent of setting up a committee on nuclear weapons proliferation and having someone lead it who doesn’t think nuclear weapons exist,” he said. “It’s honestly a blunt force political tool designed to shut the national security community up on climate change.” [110]

Since the article in The Washington Post, a group of military and national security leaders voiced their united opposition to the “Climate Security Committee.” Some statements reproduced below (view more at The Center for Climate and Security): [111]

“This is not a real peer review committee – it’s a political review committee. It’s designed to try to scare our intelligence, defense and science professionals into doing and saying nothing about this pressing threat. I don’t think it will succeed. In fact, I think it would be an embarrassment, like other panels before it” – Rear Admiral David Titley, US Navy (Ret), Senior Member of the Advisory Board at the Center for Climate and Security and former Oceanographer of the Navy.

“It’s important to note the person behind this attempt to chill our defense agencies from understanding and managing climate risk is Dr. Will Happer.  Dr. Happer testified before Congress in December 2015 that the world has too little Carbon Dioxide and is too cold – an extreme, fringe view even for the tiny number of scientists who call themselves climate skeptics.  This is a clumsy attempt to force the entire federal government to conform to a bizarre view thoroughly rejected by the vast majority of scientists.” – Rear Admiral David Titley, US Navy (Ret), Senior Member of the Advisory Board at the Center for Climate and Security and former Oceanographer of the Navy.

“It’s hard to stop good people from doing good work – especially those in the defense, intelligence and science agencies of our government. One way to try to stop them is through bullying. This proposed ‘adversarial’ committee is a bully committee. And whether it succeeds or not, it will hurt our national security. Hopefully, cooler heads will prevail” – Sherri Goodman, Senior Strategist with the Center for Climate and Security and former Deputy Undersecretary of Defense (Environmental Security).

“The proposed committee appears to be a politically-motivated attempt to discourage our intelligence, defense and science agencies from doing their jobs. If realized, this committee could force a blind spot onto those whose job it is to defend this country, and that could have dangerous national security repercussions. I hope the White House reconsiders, and dumps this bad idea.” — Captain Steve Brock, USN (Ret), Senior Advisor, the Council on Strategic Risks and the Center for Climate and Security.

“This effort meets the definition of insanity—doing the same thing over and over and expecting a different result. No matter who is the President, our national security agencies have uniformly recognized the security threat from climate change. That question has been answered. Now is the time for action to address the risks.” – Alice Hill, Senior Member of the Advisory Board at the Center for Climate and Security and former Senior Director for Resilience Policy on the National Security Council.

“Even if this committee is successful for a year or two suppressing the acknowledgment of a changing climate as a security risk, the risks will continue to accelerate.  The climate does not care what the White House thinks or what Executive Orders are signed – it only responds to the laws of physics.  The temperatures will continue to warm, the ice will continue to melt and the seas will continue to rise.  And our county will be less secure if we prevent our very own federal agencies from responding to this threat.” – Rear Admiral David Titley, US Navy (Ret), Senior Member of the Advisory Board at the Center for Climate and Security and former Oceanographer of the Navy.